In this workshop, children from the ages of 3 –12 year olds will take on the roles of storytellers and using creative drama tools to tell stories inspired by ‘Swimmy’, ‘Frederick’ by Leo Lionni and ‘The Little Prince’ by Antoine De Saint Exupery with their own interpretation.

Children will stretch their imagination and creativity as they scamper around , swim around and fly around the space in their roles from the stories, using tools of drama like, tableau, simple improvisation, movement and role play to interpret their stories in their own ways.

There will be lots of room for creative expression, facial or physically as the children explore with drama activities that empowers their imagination and draws out the storyteller in them.

This is a beautiful story of a small black fish that swims faster than his many red brothers and sisters. The ability to swim fast saved him from being devoured, like his siblings, by a large tuna.

While Swimmy was happy to be alive he was lonely and scared but marveled at all of the wonders of the sea.

“But the sea was full of wonderful creations and as he swam from marvel to marvel Swimmy was happy again.
He saw a medusa made of rainbow jelly
a lobster, who walked about like a water-moving machine…”

Finding a school of fish that looked just like him he introduced them to the wonders of the sea, even though they were afraid of being eaten by bigger fish. Clever Swimmy figured out a way they could scare off big fish while all of the little fish swam together.

The story starts by telling the reader about a stone wall in a meadow. In this wall lives five field mice who realize that they must prepare for winter.

Four of the field mice get busy collecting corn, nuts, wheat and straw, but one mouse, Frederick has other ideas. When asked why he isn’t working he says he is gathering the suns rays for dark days, gathering colors from the flowers for gray winter days and gathering words for long winter days.

Once winter hits the field mice all gather in their home but as the season passes they slowly run out of food to eat and become sad. It is at this point that Frederick paints them a picture with his words of the warm sun, the colorful flowers and stories to help them endure the long winter.

When Frederick had finished, they all applauded. ”
But Frederick,” they said, “you are a poet!”
Frederick blushed, took a bow, and said shyly, “I know it.”

The narrator begins the tale with an explanation of his dislike of adults; he claims he does not enjoy them, for they are much too practical. Instead, he prefers the company of children, who are natural and curious.

The narrator next tells of how his plane crashed in the desert, where he met the Little Prince, a mystical creature from another planet. The narrator tells why the Prince left his planet and where he visited before coming to Earth. His adventures on six different planets are recounted, including the encounters with the king, the conceited man, the tippler, the businessman, the lamplighter, the geographer, the snake, the desert flower, the garden of roses, the railway switchman, the merchant, the fox, and the narrator.

The narrator and the Prince share a rewarding relationship on the desert, and when the Little Prince departs, the narrator misses his company.

Children come away with understanding different ways to tell a story through the use of drama tools, for example, the children use improvisation to create a different ending to the story, or with the use of music, the scenes from the story can be retold by just mime and movement.

As they take on the role of storytellers, the children display confidence in themselves as they become effective communicators. In communicating their stories, the children will also build up the use of language as they retell the story in their own words.

From this storytelling workshop, the interest in different genres of literary text will be instilled in them, sparkling off the interest in reading and appreciating literature. But most of all, the children come away from this workshop, having loads of fun and believing in themselves as Great Storytellers. 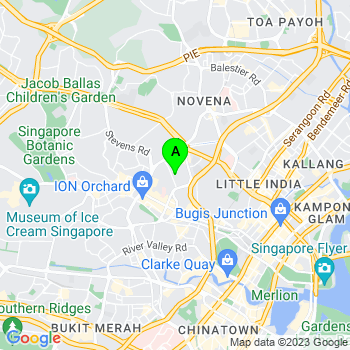